Minecraft: Story Mode, EULAs, the All Digital Future, and How to Save GameStop 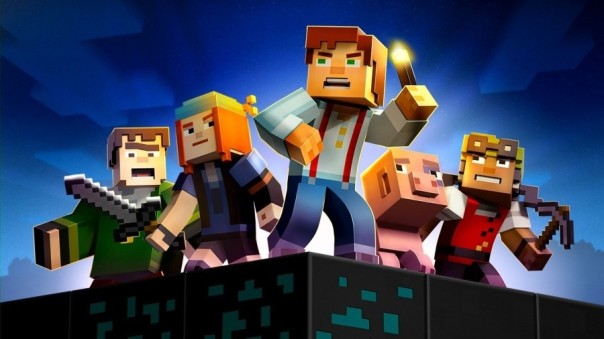 It’s no secret that I’m not a fan of the All-Digital future that gaming publishers are pushing us into. It’s not just a question of having a display case or the feeling of having something physical, but rather one of ownership. When someone buys a game they might not own the Intellectual Property of the game, but they own that specific copy of the game. If laws regarding other media are anything to go by, just as a person is able to pick up a book and read it and write on it whenever they feel like it, people should be able to play (or mod) a game whenever they feel like it. And yet, it seems that now game publishers are eager to (once again) take away that freedom.

Kotaku recently reported that “in a few weeks, Minecraft: Story Mode will be impossible to download.” In our All Digital Present, this means that if someone paid for a STEAM copy of the game, they will no longer have access to that game. The publisher is essentially breaking into your home and stealing your copy of the book; except that because it’s just your STEAM account and it’s just a game it’s somehow ok.

Not only does this go against a person’s rights as a consumer, it also makes preserving videogame history – something that I am dedicated to – INCREDIBLY difficult, if not almost impossible.

Now, I know that many will argue “But The EULA.” As it turns out, most EULAs are null and void. After long court battles where some cases were decided against EULAs (Step Saver v Wyse, Vault Corp v Quaid Software, Gatton v T Mobile, Douglas v Talk America, Zappos litigation) and others in favor of EULAs (Micro$oft v Harmony, ProCD v Zeidenberg, Vernor v Autodesk), the Supreme Court of the United States ruled in Microsystems v City of Dover that “In virtue of their deliberate impenetrability and extraordinarily soporific nature, these documents cannot be considered legally binding unless accompanied by pro bono legal advice.”

In other words, unless the company forcing a user to agree to an EULA is providing them legal advice, or unless the user has some kind of legal advice, the EULA is not considered legally binding.

Note: Please don’t take my comments as legal advice. I am not a lawyer, I just read a lot about media law.

Now, what does any of this have to do with GameStop?

On January 29th, GameStop stock dropped from almost 15$ to 10$, and again in June 5th it dropped from around 8$ to 5$. Even though GameStop stock has had peaks of 40 – 50$, it has, broadly, remained strong at around 20$. However, since 2017 their stocks have been in a steady decline. This has to do with GameStop’s business model, the FunCoLand business model, becoming increasingly irrelevant as games shift to an all-digital future. As much as I love physical media and (I know I might not be in the majority here) my visits to GameStop, games are increasingly coming in digital-only formats. As of late, when I go to GameStop I walk around looking for something that I want and don’t have. I usually walk out with a board game or some kind of collectible.

The last games I’ve purchased are Chasm (PS4), Crypt of the Necrodancer (PS4), and Child of Light (PS4)*. I got them all in some digital sale for 5$, but should the publisher decide that “hey I no longer want people to play this game” I lose them. I would have rather paid 20$ for a physical copy. I have seen both God of War and Horizon: Zero Dawn at 5$ on digital, but I would still rather pay more for the physical copy. I had the opportunity of buying Cosmic Star Heroine for 5$, and I did. As soon as the physical copy was released by Limited Run Games, I purchased it.

And this is where GameStop can find its new clientele.

GameStop has the resources to expand into game publishing. If it were to partner with game developers, it could sell GameStop exclusive physical releases of digital-only games, or it could bring over to the US games that remain unreleased. This wouldn’t be the first time that GameStop does this. They published Xenoblade Chronicles for the Wii, and the game became one of the most sought-after games for the console. They did likewise with Secret of Mana for the PS4, and the game flew off the shelves. They also published Bendy and the Ink Machine (PS4), MegaMan 11 with Amiibo, Skylanders Swap Force Dark Edition, and Song of the Deep. All these games sold well, with some like Song of the Deep owing 80% of its sales to the physical release.

This is what GameStop needs to scale up.

In addition to releasing the expensive Collector Editions with oversized statues (or perhaps instead of?) GameStop should focus on partnering with game developers to publish unreleased games or to make physical copies of games. Limited Run Games already does this, but those games are incredibly difficult to get. They usually sell out in less than a minute. GameStop could take advantage of this clear desire for physical media and capitalize on it.

And while they’re at it, they could also reach out to indie devs and publish them via STEAM or open up their own digital DRM-free GOG-like storefront as well.

* Yes, I know Child of Light has a physical release for the PSP. Not a fan of the PSP. 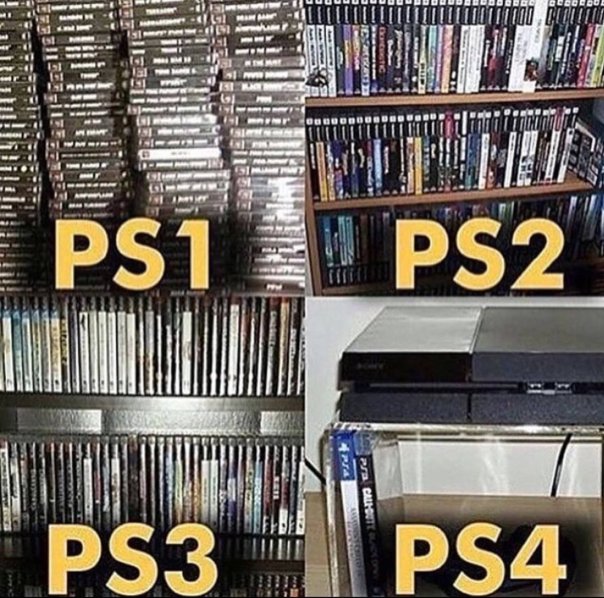 Johansen Quijano is a professor of English in The University of Texas at Arlington, where he is currently pursuing a Ph.D. in English. He holds a Bachelor’s Degree in the Teaching of English to Speakers of Other Languages (TESOL), a Master’s Degree in Curriculum and Development focusing on TESOL, and a Master’s Degree in English Literature. He has published and presented on a variety of topics including video game studies, popular culture studies, education, teaching methodology, language acquisition, romantic poetry, and victorian literature. His research interests include the above-mentioned topics, narrative, interactivity, simulation, new media in general, and 18th century literature. He also enjoys creative writing (fiction, historical fiction, and poetry), and reading all kinds of epic literary works - from the Epic Poem of Gilgamesh to Robert Jordan’s Wheel of Time series.
View all posts by Quijano »